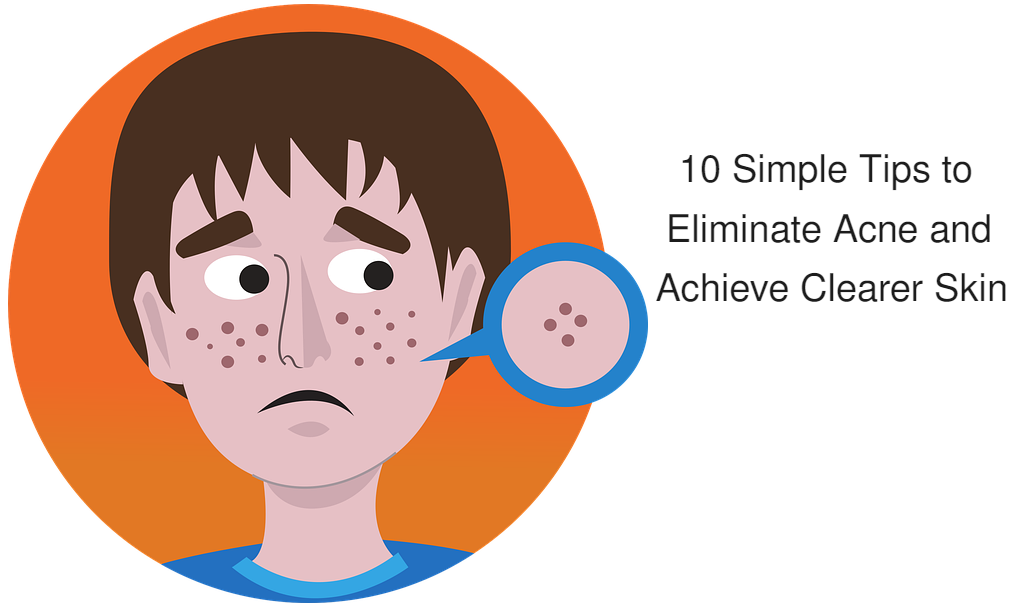 Affecting up to 50 million people in the United States, acne is a common skin condition that’s characterized by patches of raised and inflamed pimples on the skin. It occurs when bacteria enters and reproduces inside a clogged pore. As the bacteria thrives, it triggers an inflammatory response by the body’s immune system, resulting in the formation of acne. Regardless of your age or skin type, though, you can eliminate acne and achieve clearer skin by following these 10 tips.

Oily skin is often associated with breakouts. If your skin produces too much sebum, this natural oil will clog your pores and contribute to acne. But dry skin can cause breakouts as well. If you suffer from dry skin, your sebaceous glands may produce an abundance of sebum in an attempt to moisturize and lubricate your skin. Unfortunately, this excess sebum can clog your pores and contribute to acne. By moisturizing your skin at least once a day, you’ll experience clearer, healthier skin that’s less prone to breakouts.

Washing your face is essential to eliminating acne. If you don’t wash your face, sebum and dead skin will accumulate and clog your pores. Acne-causing bacteria from the Propionibacterium genus will then use this opportunity to reproduce inside the clogged pores. To eliminate acne, wash your face at least at twice a day — once in the morning and again at night — using a gentle oil-free cleanser.

3) Cut Back on Simple Carbs

Contrary to age-old myth, eating chocolate doesn’t cause acne. However, a study shared in the Journal of American Academy of Dermatology (JAAD) found a direct link between the consumption of simple carbs and acne. People who consumed the most simple carbs experienced acne breakouts more frequently than their counterparts who consume the fewest simple carbs.

For healthier, clearer skin, wash your pillowcase at least once a week. You don’t have to wash your bed sheets as frequently since they don’t touch your face — usually once every other week will suffice for sheets — but allowing your pillowcase to go unwashed for longer than a week will expose your skin to pore-clogging compounds and bacteria that cause breakouts.

Yogurt is a delicious dairy snack that can help clear up and prevent acne using good bacteria. Depending on the specific variety and how it’s made, yogurt may contain 1 million to 100 million cultures of good bacteria per gram. Also known as probiotics, colonies of beneficial bacteria have a positive impact on your health in several ways. First, they create an undesirable environment for bad bacteria in your digestive system, thus protecting against digestive problems like constipation. Second, probiotics in yogurt regulate the growth of bad bacteria in your pores. When you eat a cup of yogurt, the good bacteria will enter your body to keep levels of bad bacteria, including acne-causing bacteria from the Propionibacterium genus, in check.

Other probiotic foods and beverages that can help fight acne include:

A common misconception is that sunlight prevents acne by drying out the skin. Even if it looks like your skin is clearer after spending an afternoon outside on a sunny day, though, it’s probably even more vulnerable to breakouts. Sun exposure stimulates the production of melanin in the skin, which is responsible for the golden-brown tone associated with tanning. At the same time, sun exposure causes the outer layer of skin — the stratum corneum — to thicken, which causes pores to clog more easily.

Wearing sunscreen lotion will create an invisible barrier over your skin that deflects or absorbs ultraviolet (UV) sunlight so that your stratum corneum doesn’t thicken. But it’s important to choose the right type of UV sunlight if you frequently develop breakouts. Look for a sunscreen product labeled “non comedogenic, meaning it’s formulated not to clog pores.

A 2003 study conducted by researchers from Stanford University found that students had more acne breakouts during exam week than any other week of the school year. Whether it’s an upcoming exam, financial hardship or relationship problems, stress plays a key role in the formation of acne. When you perceive a potential threat, your body enters its innate fight-or-flight mode. It’s a natural defense mechanism that’s helped humans survive for thousands of years.

However, stress also causes undesirable changes in body chemistry, such as increased production of sebum, that contributes to breakouts. If you’re fighting an ongoing battle with acne, explore relaxation and mindful meditation techniques to lower your stress levels.

9) Exfoliate No More Than Twice a Week

If you’re going to exfoliate, refrain from doing it more than once a week. Exfoliating will remove dead skin and other particulate matter from deep inside your pores that could otherwise cause blockages. But exfoliating too often can damage your skin and increase the risk of acne.

It’s tempting to pop pimples when you see them emerge, but this typically does more harm than good. Popping a pimple will spread the acne-causing bacteria to other areas of your face. Furthermore, popping a pimple doesn’t remove all the pus, bacteria, sebum and dead skin inside the clogged pore. Some of this stuff will actually be pushed deeper into the pore where it traps bacteria and causes additional pimples to form.

Instead of popping your pimples, continue washing your face while allowing it to heal naturally. If you keep your skin clean and avoid touching your face, acne should clear up on its own.

Acne is most common between the ages of 13 and 17, but adults can develop breakouts as well. Statistics show that nearly half of the U.S. adult population suffers from chronic, low-grade acne. The good news is that acne is both treatable and preventable. Even if you’re an adult who has been battling this condition for decades, you can eliminate acne once and for all using these simple tips.

7 Points You Required To Know Prior To Utilizing Acne Remova… 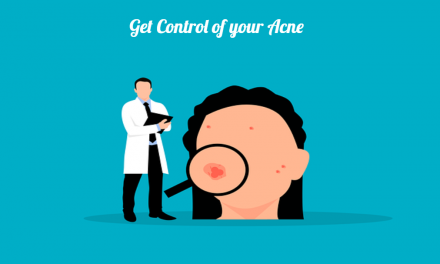 Get Control of Your Acne

Obtain Control of Your Acne